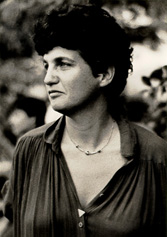 When I read this book today, fifteen years after its first piece was written, I wonder at how naked I was willing to be. Silences haunted me then—the invisibility of my working class butch-femme community, the muting of the sexual and the dissociation of desire from history. I wanted to tell another story, one of historical and personal reclamation. I did not know if my journey would have meaning to others. I did know that some pieces would be unsettling to the prevailing lesbian feminist positions of the mid-seventies, but I wanted to keep complexities alive in a time of rhetorical sternness. This more complicated portrait of a lesbian’s life, I believed, could only strengthen the insights of feminism.

A Restricted Country was never conceived of as a book. In the mid-seventies, after I became ill, a group of concerned friends formed a writing group that met at my apartment on a regular basis, thus breaking some of the isolation that often comes with illness. The first story I wrote, “Mara’s Room,” came from a place of resistance in me that I did not even know I could make use of—the hot hushed moments of sexual entry and coming. Every time my illness dragged me down, I fought back with a story about a transgressive body. These writings, and those growing out of my work with the Lesbian Herstory Archives, found homes in the lesbian feminist and gay journals and newspapers of the 1970s and 80s.

Little by little, I learned from my own memory how a life takes shape. Images from my early queer years of the fifties flooded me. My words were born on the bathroom line of the Sea Colony, a working class butch-femme bar of the 1950s and 60s. This searing ritual of humiliation and pride was the primary contradiction behind my historical vision. Today when I read that piece to younger and younger audiences, I tell them, “May you never endure it, may I never forget it.”

In 1982, I wrote the essay, “Butch-Fem Relationships: Sexual Courage in the 1950s” for Heresies, a feminist art journal, an essay which plunged me into the center of the sex wars. After ten years of lesbian feminist organizing, I needed to come home, but what was home to me was an anathema to others. In 1986, Nancy Bereano of Firebrand Books suggested that I put my writings together into a manuscript and send it to her. Together we gave form and shape to A Restricted Country. I will always be deeply grateful to the small presses and publishers who risked so much to put my words in print.

Over the years, A Restricted Country has brought me many readers: readers who took Regina as their own, readers who found markings of their own passion in my desires, readers who found a moment of freedom in a new terrain. To other readers, however, the book presented a threatening geography. One leading English lesbian feminist thinker held me responsible for ushering in a new time of decadence. Copies mysteriously disappeared before they could make their way to library shelves and many women’s bookstores either would not stock it or kept it under the counter. In the index to a recent encyclopedia on gay and lesbian writers [Gay & Lesbian Literature, ed. Wayne R. Dynes et al., Detroit: St. James Press, 1994], I appear in the small, but excellent, list of pornographers.

And even now I, now, sometimes fail my own words. In April of this year [1995], I was reading in a straight bookstore in Chelsea in New York. A member of the audience asked me to read the piece about anal lovemaking. With customers milling about, I started to pour the words into the air, the image of a woman’s ass opening for her lover’s fingers. Leaning against the wall, my body tired with a long day, I tried not to think about the roving strangers looking for cookbooks and the puckered flesh, but half way into the story, I had to stop. These words of sexual intimacy, born in passionate places, suddenly seemed too precious for such an accidental hearing. These words of flesh and hunger are even more precious to me now in my 55th year than when I first wrote them. They are now dreams of the body made from real moments. They are intimacies made public because the fragility of touch and the weight of history have always haunted me.

Much has changed in the years between the first edition of this book and now. Butch and femme have become highly orchestrated motifs of queer theory. Gender bends and sways, cross-dressing is celebrated—lesbian erotic writing abounds, at least in the United States. The communities in whose name I wrote have found other loving voices to preserve them. But the tensions between what governments will allow and what the flesh might seek, between how a woman is constructed and what a lesbian is, between histories marked by class and race and what is considered real, between the world wide struggle for autonomy of difference and the forces of ethnic cleansing threaten to shatter hope. Ultimately, all celebrations of the body must take place in the bones of history.

The photograph above was taken by Morgan Gwenwald. Text is © 1996 Joan Nestle.

Messages for Joan? Problems with this site?
Please contact the WebMs.